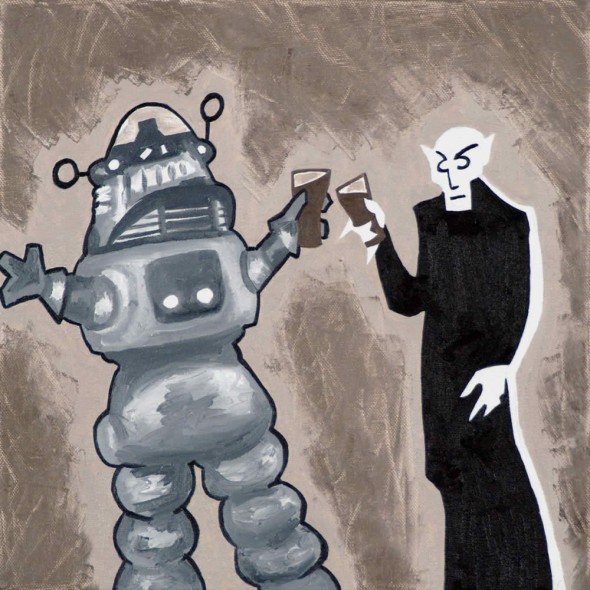 Odd bedfellows they are, yes. But the enemy of your enemy is as they say… your drinking buddy.

Note: Even though this painting depicts them in the very same room… these fictional characters have never been granted the joy of hanging out together. Robby the Robot starred in the Forbidden Planet owned by MGM. Count Orlok starred in Nosferatu… and is now in the public domain! Which leads me to the animated musical… Nosferatu takes Robby the Robot to the Other Forbidden Planet, Paris. Starring the voices of Cheech and Chong.